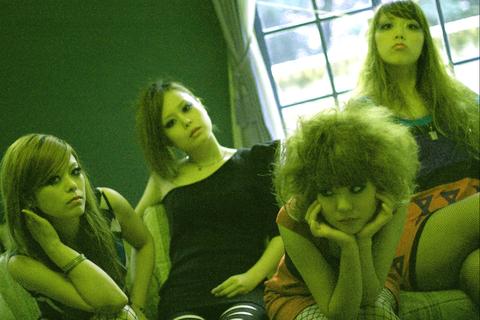 JOSY: the guiter-less-organ all girl band from Tokyo

With an estatic love for the Doors and MGMT, these four girls first met each other at a club in Shinjuku Tokyo.
Finding their mutual admiration, they formed JOSY in the spring of 2010. When they played their first gig at Shibuya Milky Way in July of 2010, their show was sold out to a standing crowd only. Upon this success, they entered the Studio Penta’s 30th annual band competition, beating all the odds and taking first prize. Getting immediate notoriety, they were invited to play at the Japan Nite US tour 2011 with Mo’some Thonebender, Zukunasisters, Hystoic Vein and Lolita No.18 in Las Vegas, Los Angeles and San Francisco.