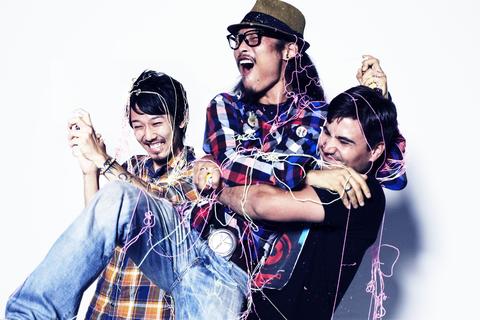 Four Minutes 'Til Midnight is a unique funk/rock group comprised of members from Japan (Kenta Hayashi-guitar, Yusuke Ikegaya-bass) and the U.S. (Eli Taylor-vocals). The band was formed in Hollywood in 2005 when Kenta Hayashi and Eli Taylor met at Musician's Institute in L.A. By 2009 the band had put out two self produced albums ("Oak Tree"-2006 and "Find my way"-2009) and toured extensively throughout California, Arizona, Texas and Japan. By the end of 2011 both albums had sold over 20,000 copies in the U.S. and Japan, as well as the bands first single "Cold Lonely Train" reaching the top of the Japanese radio chart "Usen". In 2012 FMTM was selected to cover the song "Lounge Act" by "Nirvana" for a "Nevermind Tribute" album released by Universal music Japan; the album featured other famous Japanese artists such as: "ONE OK ROCK", "10 FEET", and "9mm Parabellum Bullet". After the release of the "Nirvana Nevermind Tribute" album, FMTM was signed to Universal Japan and released their first major debut self titled album on May 16th 2012. The band is currently in the process of writing/recording a follow up album due out November 2013 and will be set to tour for most of the year.