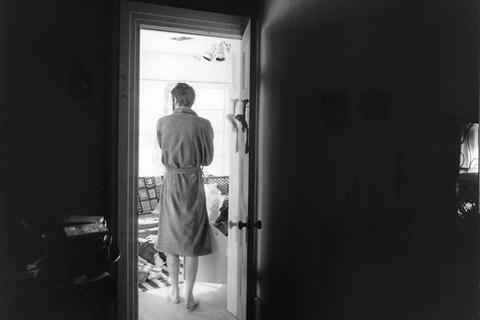 Being in his early twenties, Andrew Collberg already looks back upon some eventful years spent between two cultures and many different musical influences – a fact that is mirrored in the beauty of his new album “On the wreath.”
On September 18th 1987 Andrew Collberg first saw the light of day in the Swedish town of Lund, where both of his parents were at the University. Being the son of an American linguist and a Swedish computer scientist, melting different cultural influences into his
very own lifestyle came naturally to Collberg.
The initial spark to his career in music came after having moved to New Zealand where he started taking drum lessons from a man in a music shop who bared a large snake tattoo on his forearm. At the age of eight the drums became his first love, until his teenage years when his interests started to meander towards other instruments. After having lived in Auckland, New Zealand for a couple of years, his family finally moved to Tucson, Arizona, where he has been living since. Living in Tucson, Collberg was able to pursue his growing passion and broaden his musical horizons by playing in a couple of local bands, and at age of sixteen he made his solo stage
premier. Having a Dad who shared his love for music and who wrote songs himself, Collberg was always around songwriting as a child and picked it up at an early age. At the age of fourteen he started recording his songs in his family's home studio. This would later develop into his debut album.
Today, four years after his first solo recording, Andrew Collberg makes his international debut with his second album “On the wreath” (Le Pop Musik). The marriage of influences from his Swedish roots (e.g. El Perro Del Mar, Nicolai Dunger and Jens Lekman) and his American home (e.g. The Band, Bob Dylan, Neil Young) melds into very unique, carefree and melodic songs. While the arrangements are both haunting
and enticing, Andrew Collberg's main focus is the song itself; songs with great pop appeal that contain his memorable and
unmistakable voice. In order to make the snappy hooks and wonderful melodies of his songs shine, Collberg brought producer Nick Luca onboard. Luca has worked with such great artists as Iron & Wine, Calexico, DeVotchka, and Robyn Hitchcock, to name just a few. Another well-known name in Collberg’s orbit is Calexico bandleader Joey Burns who plays the cello on the track "Wait inside."
Comparing Collberg's album with current songwriters, it's his musical gamut that sticks out. As colorful as the cover is, as diverse and vital is his style. Optimistic up-tempo-songs, for which the guitar pop label was invented, as well as slower lush melodic ballads. Nothing about "On the wreath" seems artificial or overblown. The
characteristic warm voice of the artist broadcasts a natural beauty, touching and seducing the heart, and holding high addiction potential for the audience. A great discovery!
Collberg has opened up for bands such as the Violent Femmes, M. Ward, Howe Gelb, They Might be Giants, Stars, and Watson Twins. He's toured with the Fell City Shouts, opening for Marianne Dissard in Germany,
France, Italy, Belgium, and America from 2008 to 2009, and for Mario Matiolli in 2008. In addition to promoting his solo career, Collberg has also worked with other artists in Tucson such as Will Elliott, Gabriel Sullivan, Clay Koweek, and many more.