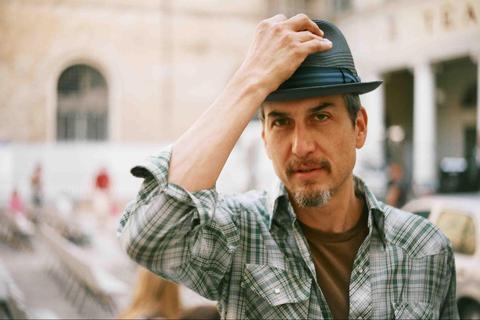 "How do you write about a musician who has spent more than 30 years defying musical conventions? You could trot out all the cliched rock-critic terms: seminal, hyperbole, incendiary, eponymous, masterful, achingly poignant, priceless, alt-country, old-school, outlaw. Some of those might even fit if you shoehorned them into context.

Howe Gelb long has been saddled with such titles as "godfather of alt-country" and "elder ambassador of desert rock." When confronted with such accolades, he clears his throat, amused and a little embarrassed, and he ponders. His summer-sun squint turns into a twinkle when he finally asks his questioner, 'What do you think of it?'
In three decades he's managed to combine elements of rock, country, blues, punk, garage, lo-fi, jazz, gospel, avant-garde noise and flamenco gypsy music. Guitar and piano are his weapons of tumult.

He sings like a gruff angel, a town crier tapping you on the shoulder, reminding you that the world need not be seen in the conventional ways to which we revert when the world goes blurry. He weaves impressionistic imagery into personal narrative and indulges listeners in expansive observations of the world. In his early years there had been comparisons to artists along the paradoxical lines of Neil Young, David Byrne, Bob Dylan and Captain Beefheart, comparisons that all fit clumsily. Nowadays, other artists get compared to Gelb."