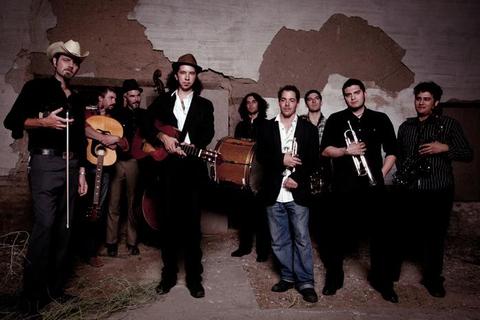 Gabriel Sullivan cut his teeth as a teen in Tucson’s punk scene. But his musical restlessness kept him seeking out new sounds. Somewhere along the way, he discovered some fascinating parallels between the Mexican conjunto music of his hometown and the thrilling songs of Romania’s Gypsy people. The rhythms are for dancing, the melodies are full of pathos, and the performances are at once virtuosic and rough-and-tumble. While Sullivan is one of the busiest musicians in Tucson, playing guitar, percussion, and keys regularly with half a dozen bands, his Taraf de Tucson is the fullest expression of all of his musical obsessions.