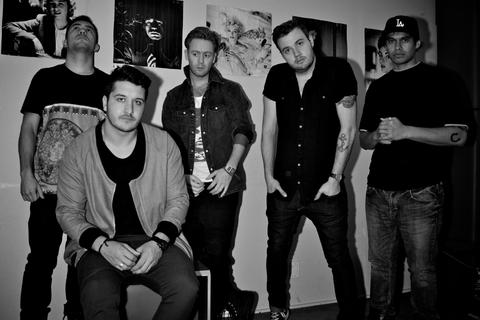 As a band, Six60 originally formed in Dunedin, New Zealand in 2008. Inspired by the vibrant culture of soul, rock and bass heavy electronica that defined late 2000s student life down south, they began jamming out at their infamous flat, 660 Castle Street. Bedroom practices quickly became small living room concerts for friends and family, which lead them to playing flat-warming's, parties and eventually local bars.

Pressured into recording a demo EP by friends and family, they sold their music online through their website and setup some fan pages on various online social networks. As word about their high-octane live shows, and copies of their songs spread around New Zealand and Australia, they were rewarded with a burgeoning fan base.

Sitting at over 150,000 fans on Facebook, Six60 now have to their credit, one triple platinum single ‘Don’t Forget Your Roots’, one double platinum single 'Rise Up 2.0', two platinum singles ‘Only To Be’ and ‘Forever’ and a gold single ‘Lost’ . Plus a triple platinum Number One debut album, which is still in the Top Ten 66 weeks after release. At the NZ Music Awards they were the big winners on the night with 6 awards including Best Group, Single of the Year, Peoples Choice and Highest Selling Album.

Live is where they are in their element – only this summer they played to over 16,500 fans in just 7 dates as well as key summer festivals such as Rhythm and Vines, Homebake in Australia and Big Day Out. Six60 have built a strong, robust audience overseas – without a single or album release they recently sold out 3 shows in London to over 3,000 people, 2500 people on their first Europe tour, and sold out 5 of their 9 shows in USA/Canada. In Australia they are now playing 1,500 – 2,000 plus venues

Their first foray into the USA saw their single ‘Forever’ used on an Indie 500 story screened on ESPN and ABC and their music played on over 120 College Radio stations. In January ESPN used ‘Run For It’ on many sports shows.

Blending soul, rock, dubstep and drum and bass, their music is dynamic, versatile and unexpected. Extended singer/songwriter jams incorporate dubstep sections as bridges, hard rocking guitar work duels with robust synthetics and thunderous low end bass over vibrant percussive rhythms, and in both voice and instrumentation infectious melody consistently shines through. Six60 – bringing it to you live and massive!

‘Six60 plan to rock you into a new here and now……High in torque and riding well at low RPM, this is a sublime record that deserves full attention’
Brisbane Times

“This band was magnetic. ….. you can tell Six60 love to perform…..(they have)
elements of metal and electronica that create a layered ecstasy trip that sends
the listener soaring through the cosmos, alternating between full speed rushes
and gentle, coasting rides……despite their relatively new status, they already
held the crowd in their palms”
- LA gig review in ULTRA VULGAR SUPER FIEND

“These guys know what they’re doing. They wanted everyone to have a good
time and enjoy the music and it didn’t take long for that to happen….. playing
some of the coolest tracks I’ve heard in a long time. These guys are good—
exceptionally good. ……Six60 had done what they came to do and that was to
rock the hell out of L.A. Mission accomplished, guys”
- POPZINEONLINE

Last night I went along to the HMV Forum to check out Six60′s first London
gig. I was there to witness, well, history in the making. They were
electric…. The crowd went wild. I lost my mind. …..
EVERYONE was singing along. EVERYONE was happy.
A true celebration of their first London gig….The first of many I am
sure...For a debut it doesn’t get much better.
- WHOISSCOUT.COM