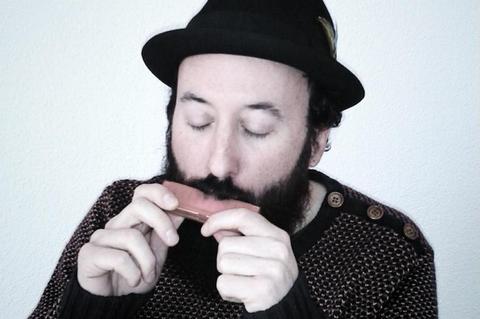 Multi-instrumentalist Spanish musician trained in classical music since he was 8, he finished his studies when he got a scholarship at the Welsh College Of Music And Drama (Cardiff, Wales, UK). In almost a decade of music career REMATE has become a pop singer-songwriter: "Remate boasts a soulfully croaky voice and a prodigious capacity for spare, fragile, elegantly wonky tunes" (UNCUT). He has released 8 albums, and got lots of attention from Spanish musical press and mass media, and also from the best European and USA magazines and papers: Village Voice, NPR, Uncut, The Sunday Times, New Musical Express... He has played several times the main Spanish venues and the best Spanish festivals (FIB, Primavera Sound, BAM...). Outside Spain he has played in London, New York, Amsterdam and a long tour all around Europe in 2011.

The inflexion point was his double album "No Land Recordings" and the strengthening came with "Superluv. Por lo que tiene de romántico", album recorded in NY, produced by LD Beghtol (The Magnetic Fields), with the collaboration and support of The Magnetic Fields leader Stephin Merritt, and many other wonderful musicians that have played with bands such as Antony and The Johnsons, Belle & Sebastian, Devendra Banhart, Patti Smith... "Una Araña A Punto De Comerse Una Mosca" was released in 2012, the first songs collection sung only in Spanish. And he will release a new REMATE album in 2013, as well as the debut of his new band, Escarlata (with Israel Marco).

[ "...an off-kilter Sufjan Stevens...." THE SUNDAY TIMES *** :: "His touching, slightly blistered and blessed-cut folk is like a gentle breath on the air" NOTION MAGAZINE :: "Join a young Spanish troubadour by the name of R — post-punks and freak folks (or is that folk freaks?), kidnapped by ravers, R is swept up into a Head-trip finale that makes Liquid Sky look like Romper Room..." VILLAGE VOICE :: "...Remate boasts a soulfully croaky voice and a prodigious capacity for spare, fragile, elegantly wonky tunes..." UNCUT MAGAZINE *** :: "... The standout fact about Remate is his voice..." NEW MUSICAL EXPRESS ]