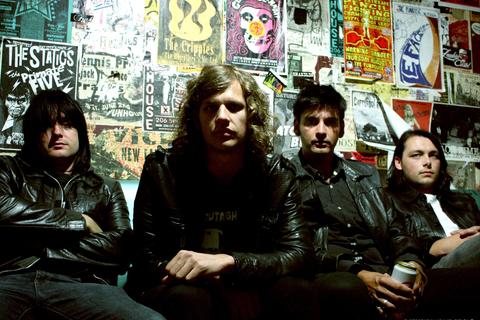 Listen to Leap To Safety

Hailing from both sides of the Atlantic, The Killing Floor consists of brothers Mark and Oliver Alberici from London and Marco Argiro and Peter Landi of NYC. The band came together in 2009 after meeting at the legendary Electric Lady Studios in NYC. They have toured throughout the United States and the United Kingdom; and have showcased at The Great Escape Festival, Liverpool Sound City, Dewey Beach Music Conference, the CBGB Music Festival, Indie Week Canada, and CMJ. The Killing Floor has drawn comparisons from the press to Foo Fighters, Muse, Queens of the Stone Age, Led Zeppelin, and Nirvana. The band has released two albums - their debut self-titled LP in 2011, and their "Survival of the Fittest" EP in 2012.

The Killing Floor give it their all on stage, and will leave you wanting more. They will be continuing to tour in 2013, including shows at SXSW and Download Fest (UK), and are currently recording songs for their next album.