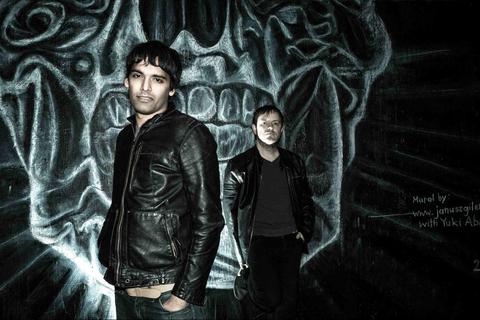 Listen to Breaking Bones by VHS Or Beta (FIGO REMIX)

It’s been a crazy ride so far for New York’s FIGO. The group, which doubles their live electronic punk rock carnage with a strictly bangers DJ and remix crew, has rocked crowds across North America, Europe, and Asia, touring relentlessly on the local bar and club circuit to eventually sharing stages with The Crystal Method, Foo Fighters, Cut Copy, Avicii, Soulwax, Ladyton, Eric Prydz, Skrillex, Kaskade, and many others. They’ve crushed major U.S. music festivals along the way, including Identity Festival, Detour Festival, Amsterjam Festival, I Love This City Festival, Camp Bisco, and South By Southwest.

After initially releasing remixes of Justice, Ladytron, VHS or Beta, A Place To Bury Strangers, and others, FIGO’s debut EP, Put It All On Black, was released independently in 2011. The release has received critically – acclaimed reviews and the band has been covered by media including Filter Magazine, RCRDLBL, The New York Post, NME Magazine, Brooklyn Vegan, URB Magazine, as well as several influential blogs across the world including comparisons to anyone from The Misfits and Iggy & The Stooges, to Nitzer Ebb and Kasabian.

In 2012, FIGO released remixes for K’Naan, for A&M Octone Records, and NERVO, for Astralwerks, and is currently working on a various additional remix projects and beginning work on their next full release. In early 2013, FIGO will release a special edition remix-package of Put It All On Black, as well as their follow up sophomore release towards late summer.