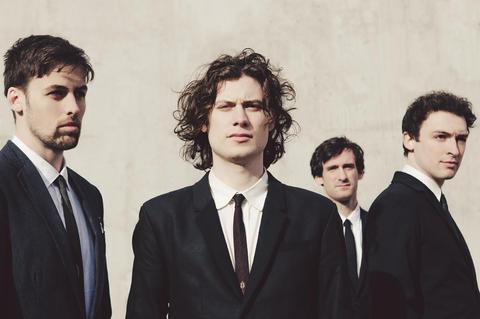 Listen to It's Illicit

Not long ago, the members of Motive were shredding through jazz lead sheets and getting carted across the U.S. and Europe to showcase their young talent. Nowadays, Motive populates a different scene. These Seattle transplants, turned Brooklynites, emerged from a Clinton Hill, Brooklyn practice space onto stages around the city and are rapidly taking NYC – and the internet – by storm. Known for their grunge influenced indie rock sound, Motive’s catchy, hook laced songwriting shines through on the latest single, “What’s So Bad?”, which was Produced & Mixed by Chuck Brody (Phantogram, Bear Hands, Ra Ra Riot). The video for “What’s So Bad?” recently caught the attention of MTV and premiered on MTV2’s 120 Minutes with Matt Pinfield. The video quickly skyrocketed to #2 on MTV.com’s Most Popular video chart, topping artists such as Nicki Minaj, Justin Bieber, and Imagine Dragons- a rare feat for an unsigned band.

Motive is currently preparing to release a new EP and a series of high concept music videos to accompany the release, and recently had their cover of Talking Heads “Psycho Killer” featured in a Jean Paul Gaultier video released by the popular fashion/music/and culture publication, TWELV Magazine.