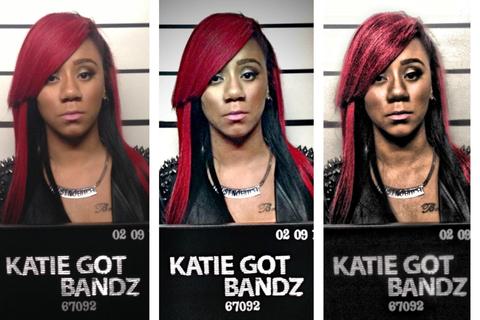 Lawless Inc. recording artist Katie Got Bandz dropped her first single "I Need A Hitta" in the summer of 2011, making her one of the premiere females in Chicago's "drill" rap scene. The debut of her mix-tape "Bandz and Hittaz"has saturated sites and hip-hop blogs since the release in September of 2012.Katie was recently featured on MTV, Pitchfork.com and BET featured Katie in a film titled "Murder To Excellence," this documented some of Chicago's rising stars that have overcome adversity.She was featured in About.com “10 Chicago Rappers to Watch in 2012.” Katie also graced the cover of the RedEye and was featured in a 2-page article for the publication. Katie performed along side Epic/Lawless recording artist King L at the Fader Fort in NYC November 2012. Multiple websites and hip-hop sites such as Fakeshore Drive and LiveMix-Tapes.com have embraced Katie’s talent. Fans are waiting in anticipation for her next EP Drillary Clinton. Katie's unique style and originality has been pivotal to the fan base she is building.