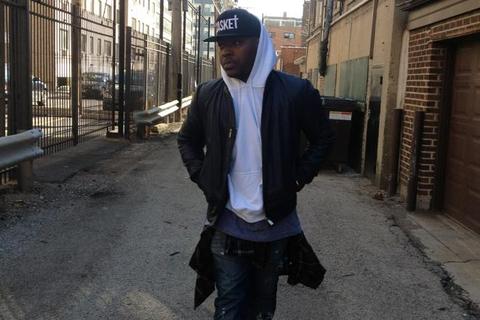 GSA awards "Midwest Club Dj Of the Year of 2012" and Shadyville Dj Sean Mac is a nationally known and one of the most notable DJs in Chicago.

"Mixtape Mercenary" Dj Sean Mac started spinning in his mother's basement at age 13. Inspired by films such as Beatstreet, Style Wars and Juice, Sean Mac was determined to become the best at his craft. In 2002 he started spinning parties, clubs and college events all over the midwest gaining extreme exposure. By 2004, Sean Mac established a brand as one of the most sought out DJ’s within Chicago. He is known for rocking crowds alongside some of the wolds top DJs including S&S Jazzy Jeff; DJ Clue; Kid Capri; Atrak & and the list goes on. Being one of the most influential Djs coming out of the midwest, Sean Mac has been breaking Indy artists with his own mixtape tape series entitled "Luxury Trap Music" ( which can be found on Livemixtapes, MidwestMixtapes and Datpiff ).

Now this NIKE DJ is also the exclusive DJ for NBA star Derrick Rose, The Official Hennessy & Grey Goose Dj. He is also an official Dj for both the NBA All Star Weekend & Super Bowl Weekend headlining parties every year for major celebrities. Dj Sean Mac has been featured in the Source Magazine, Hip Hop Weekly, Wired, Scratch, Ozone and on (BETs) 106 & Park several times.

As the founder of the funky but fresh clothing street wear brand titled "CASKET 33 AD" (www.thecasketcollection.com), DJ Sean Mac presents a lifestyle enriched with fashion, culture, and music. It's definitely " The Mac Show" and you will enjoy it!