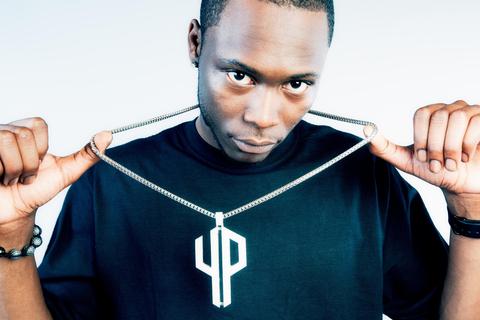 Sometimes you just know. Its not scientific, it’s not mathematics, it’s not even tangible.  But sometimes you just know when the next hip-hop superstar arrives. In the five years since he decided to professionally pick up the mic, YP has evolved into one of the game’s top blue chip wordsmith prospects, seemingly destined to follow in the footsteps of rap’s heralded icons.  “When I first started out, I was calling myself ‘Young Prince’ explains YP who has been co-signed by such legends as Nas and Wu-Tang Clan’s Raekwon The Chef. “But I felt the name was lame.  Maybe two months into it, I shortened up the name to ‘YP’ which stands for ‘Your Problem.’ I felt like what I was doing was gonna be a problem. I wanted people to know I wasn’t playing.”  Music was the easy part for the 25 year-old, who was listed in Complex.com’s “10 New Chicago Rappers To Watch Out For”.  Manipulating words either acapella or over mesmerizing instrumentals has never been difficult for YP. The obstacles for him, were far more harsh and potentially life threatening. He had to overcome hazardous circumstances of his environment. “Just being able to make it,” he says about his greatest accomplishment to date. "Where I’m from they tell you you’re not gonna make it past 17 or 18. I’m 25 so the majority of the shit that’s going on in the street, I seen it before. I seen it when I was 16, I seen it when I was 17. My perspective is- I made it out. I don’t find myself getting wrapped up in no more bullshit.  As you get older, you get a sense of what you’re really here for. I wanna take care of my family and make sure my unborn child does not go through what I’ve seen. I’ve buried so many people you lose track.”   “Chicago is gangster city, organized crime all the way to the street,” he further delved. “I grew up in the East Side of Chicago. I grew up in a household where I was the only kid. It was a bunch of other people living in the crib. No different from any other poverty stricken area. Same hustle different names. I was into playing ball and hoping I could find an escape.”  YP initially had hoop dreams. He played basketball through his high school years, but once he got out of his teens, a new love called him and dominated his heart; rapping.  The Windy City Hero would drop rhymes for his friends and people around the neighborhood, all the accolades he received prompted him to make MCing his career.  The up and coming goliath's introduction to the public was through Chicago based website HYPERLINK "http://www.fakeshoredrive.com" \t "_blank" www.fakeshoredrive.com where his freestyles and early songs were posted. From there, other
blogs as well as some radio stations caught on to what YP describes as “emotional street music."  YP’s breakthrough mixtape collection consists of “No Sleep”, “Still Awake” and “Sleep Walking”. The critical and fan acclaimed tapes boosted YP’s profile, garnering him coveted slots at such Festivals as SXSW earlier this year. Universal records also won a bidding war in February to bring him to their label. This summer, YP will drop his highly anticipated ‘No Doz’ mixtape, hosted by DJ Green Lantern and Timbuck2.  "‘No Doz’ is a sequel to ‘Sleepwalking’" he explains. “Anybody that follows me knows I’m not a real sleep heavy dude,” he explained of mixtape series’ theme. “I feel you can’t get any goals accomplished by getting sleep. When you get the people’s ear and they listening to you, you gotta keep feeding them.”  One of the premier tracks off the upcoming tape is thunderous “Who I Be” which is confirmed to appear on EA Sports’ “NBA Live 2013.” Later, "To The Moon," shows YP's dexterity when it comes to story telling and conceptual rap. "I love that song," he said. "It’s so different. I'm rapping about female prostitution and the dilemmas they may deal with. I think that's dope because nobody is coming on that level yet. I got another joint on there called ’Trade It All’. That captures the whole moment of what's going on in my life now. Hit Boy produced that." Don Cannon and Mario Winans have also contributed to the opus.  Simultaneously--while crafting his new mixtape--YP has also been steadily molding his debut LP which will see an early 2013 release. “The album is gonna be about Chicago and anybody who made it out," he said. “Kanye West rhymed ‘we wasn’t supposed to make it past 25, jokes on you I'm still alive.' I wake up everyday and say that shit. I'm 25 and I made it out.” He added "My goal is for longevity. I don’t wanna be a fly by night. I understand there's a difference between a rocket and an airplane."