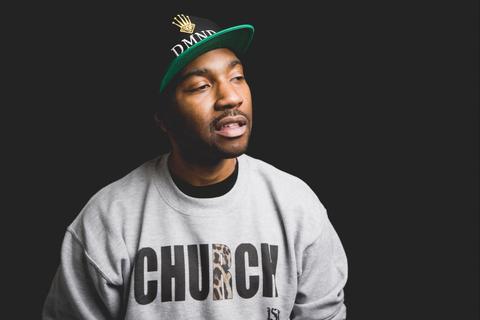 Early life
Leonard L. Harris was intrigued by hip-hop at an early age. It seemed to parallel street life & the OG's he witnessed being successful in his 87th Street, south side of Chicago neighborhood. To young Leonard, rappers seemed to be in control of their own destiny, made a living being creative & attracted money, power & women. Dealing with the passing of his both his parents at a young age; hip-hop gave young Leonard something to occupy himself with as opposed to focusing on something he couldn't change. He chose to adapt. Seeing & being surrounded by negativity only leads to two things; either you become a product of your environment or you make your environment a product of you. Without a father in his household, growing up, Harris became a member of the Chicago street organization called Growth & Development. As an adult Harris has toured the world, released 19 projects with his 20th on the way. GLC has been on a tare of solid releases over the past few years. "Silence of the Lames" is his most resent & "The Pulpit", featuring Get Gwop is due out soon. He has written & performed on two grammy award winning albums & is extremely active in the community. Having spoken to several schools in the Chicago Public School System. He believes it is his responsibility to inform the youth of Chicago, "As long as you supply yourself to supply your wealth the only limitations you'll ever have are those that you place upon yourself!

During his teenage years and due to his street affiliation, Harris adopted the name GLC, or 'Gangsta Legendary Crisis'. In 2005-2006 he signed to Kanye West's G.O.O.D. Music label, and was featured in "Spaceship" from West's album The College Dropout, and "Drive Slow" on Late Registration. He was one-third of the Chicago rap group The Go Getters with Kanye West and label-mate Really Doe. The group released one album together called World Record Holders. GL has worked with the likes of Bun B, Nas, Jay-Z, T.I., Big Sean, Kendrick Lamar, Kid Kudi, Twista, John Legend, Sir Mix-A-Lot, Dame Dash, Keyshia Cole, Paul Wall, Crucial Conflict, Manfred Mann & Bruce Springsteen. He continues to contribute quality rememberable "ismfied" verses as guest appearances as well as dropping quality projects of his own. His last 2 projects have surpassed 30'000 downloads apiece as he sets to release his latest offering - The Pulpit - Featuring Get Gwop.