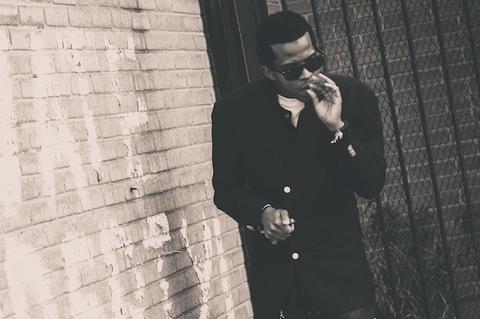 What do you get when you mix the wit of Sean Price, the comedic approach of DOOM, the unorthodox delivery of the late ODB, the lungs of B-Real, and the life experience of a group home resident hailing from the gritty Chicago’s East Side? The answer is SAVEMONEY "great-grandfather" and Brainiac Society crew’s own Vic Spencer.

Vic began his career as an MC in 1994, formulating his unique angle on sharp wit and comedic delivery of rap lyrics that has not and can not be duplicated. The perfect blend of “working class” Chicago, a true appreciation for hip-hop and support from the South Side streets makes Vic Spencer a true original in style and credibility. The formula has been perfected 18 years after is first cipher and the buzz is steadily growing from the amount of projects and features Vic has put out over the last few years into what now has amounted to a crescendo.

While visiting St. Louis, Vic encountered one of his favorite artists Black Spade aka Stoney Rock (Hawthorne Headhunters, Plug Research) at a Nas concert. Vic and Spade maintained positive contact to the point where they not only became the best of friends, but also collectively designed an album aptly named Go Louis… (Brainiac Society, March 2011) where Vic Spencer blends his unique delivery representing Chicago, while celebrated beatsmith Stoney Rock soundtracks the atmosphere of the Lou.

Six months later Vic turns 30, and in celebration of his born day, he releases the 30-track mixtape Vic Greenthumbs (September 2011), the namesake of his alter-ego, to critical acclaim on the blogosphere. Chicago producer/engineer DC, handled the bulk of the project which led to them collaborating with SUH member D2G to form a hardcore hip-hop project entitled Hard Bars (October 2011).

Chicago’s most sought after feature king has worked with several of the Midwest’s finest and buzzed about MC’s: Rockie Fresh (Maybach Music Group), YP (Universal Republic), King Louie (Epic), Naledge and Kidz In The Hall (Duck Down), Tree, Mikkey Halsted, Vic Mensa, Chance the Rapper, Gemstones and The Primeridian, but is determined to further expand on his considerable influence on Chicago’s scene with his latest. Make sure you are rocking your flyest kicks and prepare to Walk Away.