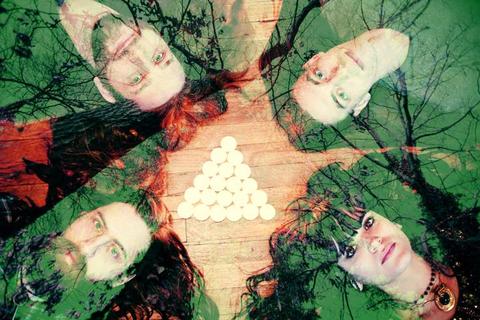 Royal Thunder is an Atlanta based, four-piece, progressive rock/metal, alternative band founded by lead guitarist Josh Weaver in 2006. After going through some lineup changes, Mlny Parsonz (bass/vocals) joined the group in 2007. Together, the two added drummer Lee Smith whom Weaver and Parsonz had played with in a previous band, and then last but not least Josh Coleman (rhythm guitar) was added to the fold.

Royal Thunder self-recorded and released a seven song EP in late 2009 before signing with renowned independent label, Relapse Records, who re-issued the EP in 2010. The band quickly gained critical praise, being described as "Led Zeppelin astride a psychedelic unicorn" by NPR.org and "Black Math Horseman or Johnette Napolitano of Concrete Blonde, fronting Black Sabbath." by Brooklyn Vegan.

Royal Thunder is set to release their proper full-length debut entitled 'CVI' via Relapse Records in the spring of 2011. 'CVI’ is a sultry, southern, hard rock thinker of an album that is an absolute must have for fans of the Atlanta and Savannah hard rock scenes (Mastodon, Baroness, Kylesa, Black Tusk, etc). Royal Thunder have crafted an unforgettable, truly soulful sound with 'CVI'.

With a hard-hitting, hypnotic live show that is more of a ritual than a rock concert, the four piece has been capturing audiences with their passionate performances, sharing the stage with a range of artists including Scott Kelly of Neurosis, Wovenhand, Birds of Avalon, Kylesa, and many more. Keep this band on your radar in 2012 and beyond.