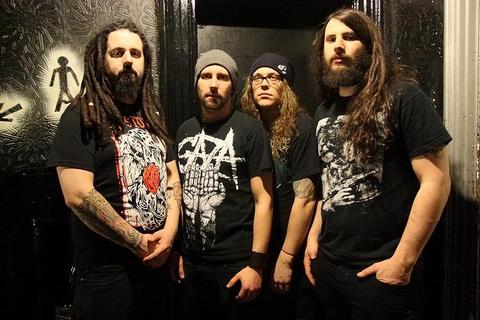 Hailing from Providence RI and formed in 2006, Howl is a thick, sludgey doom metal band made up of Vincent Hausman, Josh Durocher-Jones, Robert Icaza, and Tim St. Amour. After graduating together from Rhode Island School of Design, Hausman and St. Amour decided to focus their efforts on what had previously been a hobby, their college band. They derived their name from a Allen Ginsberg’s poem “Beat Generation” and quickly began writing riff based metal, heavy enough to move earth.