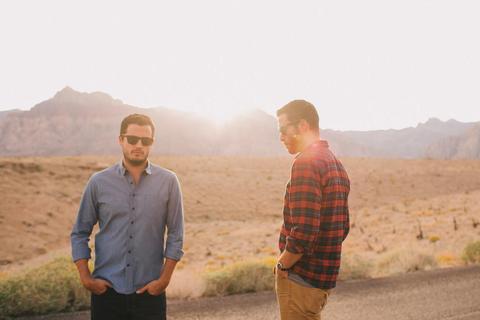 Listen to Slipping Away

"Not Quite Yours" is the follow up to Barcelona’s 2009 debut LP Absolutes which was released through Universal/Motown Records. Lead vocalist Brian Fennell and drummer Rhett Stonelake were looking to push the band in a new direction and explore outside the comforts of their previous recordings. The band decided to turn to producers Kevin Augunas (Gotye, Cold War Kids, Edward Sharpe) and Mark Neill (Black Keys) to help guide their independent sophomore release and find a distinctly new blend of melody inspired rock that while still being honest to their musical roots.

With the second album being released independently, the band turned to the support of their fans. Over the span of a 45-day campaign on Kickstarter.com, Barcelona raised $43,000 thanks to their loyal fan base. The band proudly released "Not Quite Yours" on May 8th 2012

The band is currently in the studio and has announced the release of new music slated for Summer 2013.