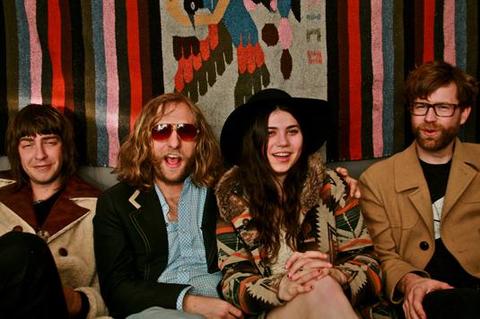 THE BLANK TAPES is the moniker of Los Angeles & San Francisco based musician & artist, Matt Adams, who has produced over 10 albums of 1960's psychedelic-surf-pop-folk-rock on an old 8 track cassette tape recorder in various garages, basements, sheds & bedrooms across the California Coast. Matt is also the artist behind his band's posters & album covers, and along with his band mates, Pearl, DA, & Will, they've toured throughout America, Brazil, Europe, & Japan. Previous recordings have found homes on White Noise, 20 Sided, and Burger Records. THE BLANK TAPES have a new studio album called "VACATION" coming out on Antenna Farm Records Spring of 2013.