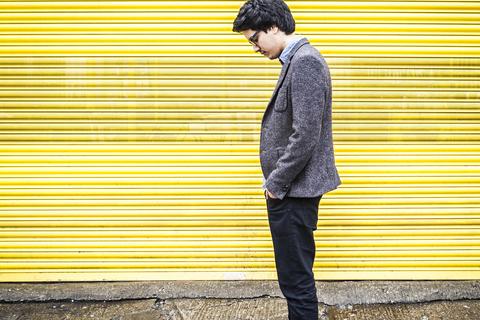 Listen to Fail For You

“Good music”, says Luke Sital-Singh, “should lock your feet and jaw to the floor”. On the evidence of the four beautifully crafted tracks that have emerged so far, such a feat should not be a problem for the hotly-tipped London troubadour.
24-year-old Luke was born in the South West London town of New Malden, home place of folk legend John Martyn. The youngest of 3 brothers, Luke’s parents encouraged their sons to pick up musical instruments from an early age. Luke started on the violin aged 11 but soon picked up his brother’s guitar and has never looked back.
Luke’s first collection of songs opens with the heart wrenching ‘Fail For You’ – a track comprising of beautifully layered vocal harmonies, all provided by Luke himself and showcases his love and complete understanding of the understated complexity of acts like Sigur Ros and Bon Iver.
Citing Neil Young, Bruce Springsteen, Josh Ritter and Damien Rice as his other major influences, Luke’s sound is warm, immersive and crafted in such a way which suggests an innate ability to transcend his idols and, in the vain of all great singer songwriters, create something completely unique and compelling within the genre.
Having already been tipped by the Guardian as “breathing life into a tired form” Luke is currently busy gigging around London, silencing every audience he plays to and rapidly gathering fans wherever he goes. On the basis of this self released set of songs, Luke Sital-Singh is one to watch out for, a refreshing talent set to re establish the boundaries of what one man and a guitar are capable of.