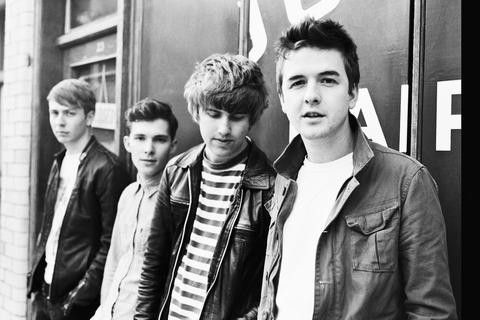 In July of last year China Rats, an unheard of band from Leeds in the UK, were booked to play the tiny Villa Camp stage at massive European festival BENICASSIM the night before the start of the main festival. The result was an impromptu mosh pit and a festival booker who secretly wished he had booked them for the main festival. Except the following day, Bat For Lashes, who were booked to headline the 2nd Stage, couldn't make it onto the site and the booker had his chance. China Rats stepped up to the plate, bigger mosh pits ensued; it is the stuff of Rock n Roll folklore.
China Rats formed in Leeds in the Summer of 2011, released their debut EP 'To Be Like I' in May of last year and quickly earned the attention of BBC Radio 1's champion of new bands Huw Stephens as well as a flurry of European radio support from the likes of Absolute, Q and BBC 6 Music in the UK, 3FM in Holland, FM4 in Austria, national radio RN3 in Spain, P3 in Sweden amongst others.

As Well as “To Be Like I” Stephens also fell for the band’s song “N.O.M.O.N.E.Y” and a demo of the song was playlisted on the BBC Introducing List on BBC Radio 1 less than a year after the band formed. It’s a song that perfectly encapsulates the dilemmas of young people everywhere: “I got no money and I wanna die, I got N.O.M.O.N.E.Y” goes the opening line. It is an anthem in the making.

However, it was debut single “To Be Like I” that captured people’s imagination in Europe and led to the band playing influential tastemaker festival “London Calling” in Amsterdam (The Netherlands) alongside Grimes, Howler, CITIZENS! & Spector before they even had a booking agent and of course Benicassim. With further shows in Spain, Germany and The Netherlands as well as a first UK tour under their belts China Rats have also recently appeared at Les Transmusicales (France) and Eurosonic (The Netherlands) and are confirmed for their first US shows at SXSW 2013. And all this with still just one self released EP to their name.