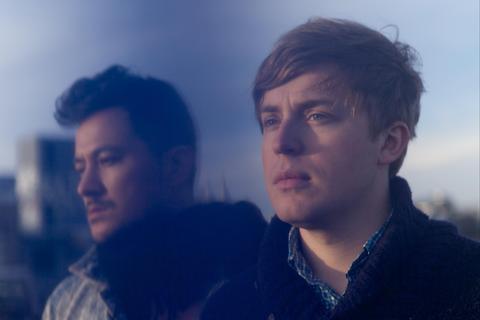 Widely tipped as a “band to watch” on the strength of an acclaimed EP, some high profile film and TV placements, and a series of hypnotic live shows, High Highs are set to deliver on their early promise with a debut LP in late January 2013.

Critics have embraced the High Highs EP as “simply spun and exquisitely enthralling,” and singer Jack Milas’ falsetto as a “weapon of mass emotional destruction.” Milas and co-founder Oli Chang create an “unholy” blend of acoustic-guitar textures and synthesized atmospherics. The band’s signature sound has struck the blogosphere as “shimmering” and “stunning” “sun-kissed sadness.”

Milas and Chang began making music together as High Highs in their native Sydney, Australia, while working at the same recording studio. The pair plunged into a world of collaboration and invention. They discovered the basis of a band aesthetic by marrying Chang’s passion for electronic indie with Jack’s penchant for classic acoustic rock.

High Highs played well-received early gigs in New York and London. Their widescreen sound meanwhile attracted the attention of college radio programmers and music supervisors alike – which landed a coveted slot in ABC’s taste-making Grey’s Anatomy, another in the hit film Pitch Perfect, and another in a heavily-rotated spot for the Amazon Kindle.

The band’s debut long player will feature EP favourites “Open Season” and “Flowers Bloom,” live standouts “Once Around The House” and “Phone Call,” and more brand new songs. The band will launch its first Australian tour in January 2013, with dates in the US and UK to be announced.