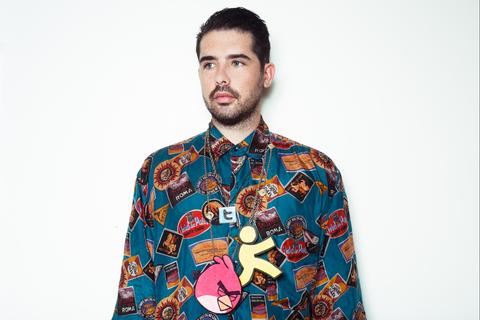 To raise the new, one must raze the old. For the better part of the past decade, Los Angeles producer/DJ Jerome Potter has utilized his creative efforts toward LOL Boys, a collaborative project that was sparked via an online message board with likeminded DJ Markus Garcia. Undoubtedly a fruitful endeavor—debuting numerous buzzworthy EPs and becom- ing among the most in-demand DJ’s in the LA club scene—the LOL Boys recently reached their climax with the release of their most acclaimed record to date, the Changes EP, and have since announced their decision to put the venture on an indefinite hiatus. From the ashes of LOL Boys though, rises Jerome Potter’s newfound solo enterprise, Jerome LOL. And now, with the ability to contribute to the entire greater whole rather than just half, Jerome LOL is set to continue right where LOL Boys left off— further exploring uncharted spectrums in modern dance music while still maintaining the unique, Internet-fueled aesthetic.