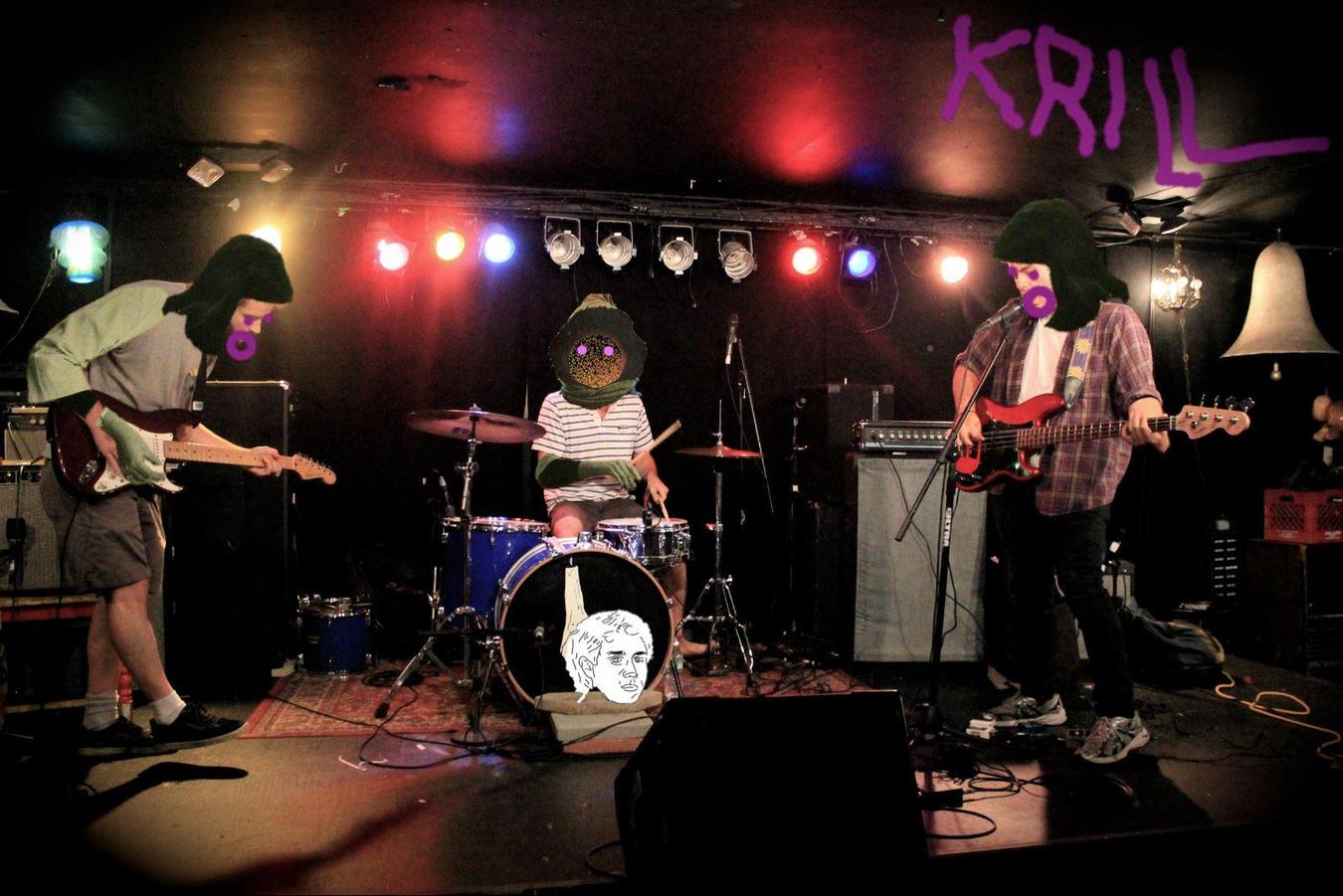 Krill formed in the summer of 2010 on a whim, to open a basement show on the Boston outskirts. Their first full-length, Alam No Hris, was written and self-recorded/produced/released to local acclaim in March 2012. Krill began touring extensively, and by the following summer they came out with another LP, Lucky Leaves, replete with spry instrumentals, off-kilter time signatures and aggressively confessional lyrics which doubled as parables. It was recorded in ten hours. Their unique brand of weirdo rock secured them a spot on Stereogum's "Best New Bands of 2013" list, and earned them accolades from the likes of Pitchfork, NME, and Consequence of Sound. The Steve Hears Pile in Malden and Bursts Into Tears EP, a metafictional concept EP put out by Exploding in Sound Records about Dostoevsky, Boston, and their friends/labelmates Pile, was released in February 2013. Krill's third LP, A Distant Fist Unclenching, was released in February on EIS/DDW in the US and Canada, and Steak Club Records in the UK.