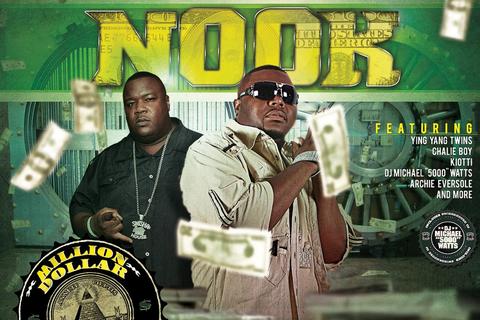 Listen to What That Is feat Chalie Boy

NOOK is taking the world by storm with inspiring, poignantly crafted, bold lyrics and an energetic performance style that captivates many audiences throughout the nation! As to date, NOOK is the most accomplished rapper in central Texas. He was the first local” artist to ever have a song played on commercial radio in Austin. He is the creator of the Jump On It Concert Series that was declared the largest outdoor urban concert series in Texas from 1997 - 2002. NOOK is an artist whose passion of greatness for himself and his community fires everything he does. He speaks truthfully and wittily about his view of life in a way that all who hear it feel it. Throughout the years NOOK has earned a reputation for excellence as a writer, rapper, leader and innovator of creative options for youth. He’s a Drop Out Prevention Spokesperson for AISD, produces radio & TV advertisements and music workshops resulting in lots of press coverage including TV appearances. NOOK has been mentioned in Billboard Magazine and Blaze Magazine and named Top 25 under 25 in America” by the Future 500 Magazine. He continues to sell thousands of mix tape units and releasing critically acclaimed singles such as the anthem The A” and New Day” dedicated to President Obama. His new song I’m On It feat Ying Yang Twins (over 2 million records sold) is tearing up clubs all over the South!!! His singles “What That Is“ with Chalie Boy & EastSide are currently gaining a tremendous buzz all over the country. NOOK’s new 5 disc Album titled Million Dollar Grind with legendary DJ Michael “5k” Watts of Swisha House has already sold thousands of copies! By staying focused and displaying a character of high morals, NOOK is destined to have a great music career and many successful business ventures.