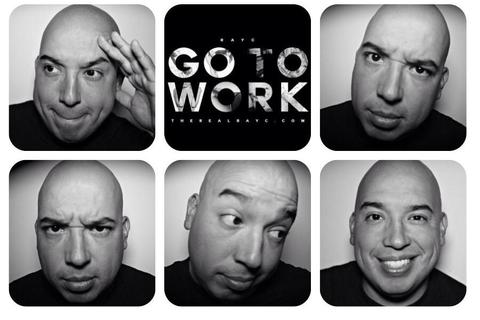 Everything’s bigger in Texas and Ray C is no exception to that rule. His smooth vocals, witty punch lines and drive to be unique with his craft definitely make Ray C stand out even in a state as big as Texas.

The San Antonio Native began his music career in his college dorm making freestyle mixtapes. His love for the hip-hop culture spawned his interest in the battle rap scene across Texas. After making a name for himself across the state and gaining the attention of radio stations like KBXX 97.9 in Houston and KBBT 98.5 in San Antonio Ray set his sights on the national stage. In 2010 he auditioned for Bet’s 106 & Park and earned a spot on the Freestyle Friday stage. He appeared 5 times on the show, qualifying for the top 8 tournament and received some of the highest ratings in the shows history.

During this time Ray C caught the attention of Justin Fursetnfeld front man for Billboard rock group Blue October. Justin contacted him and asked him to appear on Blue October’s album Any Man in America. Within Days Ray C and Blue October had cut the title track to the album and Ray was invited on their US tour. Ray was invited back to subsequent shows with the rock band and saw his music was able to appeal to a much wider audience than the typical urban/rhythmic/college crowd he started his name with.

When Ray returned home he focused on making a new mixtape and recruited Texas Famed and renowned DJ Rapid Ric to host the project. One of the songs on the tape “Got Damn” produced by Risky Boi a Houston native and well established producer. The track started gaining traction in nightclubs in Houston, San Antonio and Austin and garnered the attention of radio Man Danny Danny "C" Coniglio who immediately signed the record to A&M/Octone through his Exit 8 Media Group. The song exceeded expectations playing in over 25 radio markets across the US.

Ray C also prides himself on giving back to the community. He actively works with first generation kids with the hopes of getting them into college. He also helped found the only chapter of Hip Hop Congress in Texas. The Hip Hop Congress (HHC) is a nonprofit, international grassroots organization. Its mission is to evolve hip hop culture by inspiring social action and creativity within the community. Its headquarters is located in San Jose, California.

Currently Ray C is working on a follow up mixtape and new single to bring in for 2104. When asked about what to expect for his upcoming projects Ray doesn’t say much. “I hate being put in a box when it comes to music. If there’s one thing the culture has shown people it’s that it constantly evolves. Artists have to evolve. If I’m not changing, not improving, then what’s the point?”

2014 will no doubt serve Ray C well. Stay tuned to see how it all plays out.