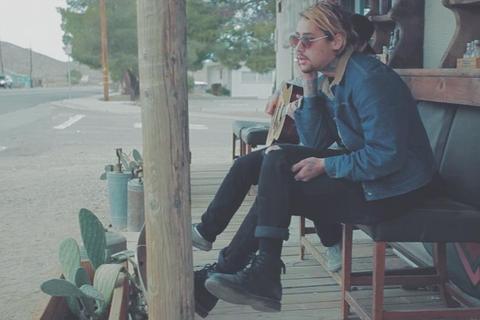 Hip-Hop soloist Jez Dior is getting ready for something big. In early May 2013, Dior released "Hide", the third single off of his forthcoming Album Scarle†† Sage. The song's video premiered along with a free download of the track on various hip-hop websites and blogs, most notably HipHopDX and VIBE. This is Dior's third single release, and third consecutive song to reach the top 15 on TheHypeMachine (hypem.com). His previous two releases ("Candles" and "Love Me To Death") both reached the #1 spot on the ever-popular music blog, bringing a flood of attention to the young LA-based Artist. MTV Iggy hails him as "the real thing of 2013", and Hypetrak says his music is “the kind of new tunes [they’ve] been waiting for.”

Jez has a musician's pedigree, as he is the son of legendary punk-rock guitarist Steve Dior of Sex Pistols fame, and longtime friend of Sid Viscous. The twenty-year-old fashion connoisseur and avid soccer player draws much of his musical inspirations from Artists like Kurt Cobain, Jim Morrison, and Kanye West. When not working on his art, Dior is searching for new clothing trends and developing his signature look.