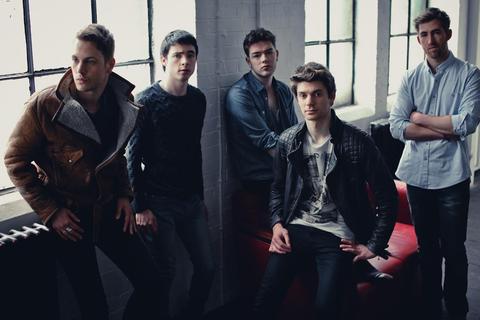 Heroically crestfallen alt.popsters Longfellow released their second single ‘Siamese Lover’ on January 27th 2014 but the promotional campaign inadvertently started way ahead of even their own schedule: in late October 2013 Longfellow supported Keane at their special anniversary show in Tunbridge Wells Forum and dazzled the keen masses; barely a week later they played such a vibrant set at the Shacklewell Arms that an impressed Steve Lamacq ended up playing 'Siamese Lover' on BBC 6 Music the very next day - a mere two and-a-half months before release.

Since then the single has been played across the circuit board from Amazing to Xfm and from Jo Whiley on Radio 2 through to BBC Introducing's Unsigned Band Of The Week on Huw Stephens in the first week of 2014. Pretty impressive for a new band with only one release beneath their collective belt - last summertime's 'Gabrielle' selfie - and even more so when one considers they haven't yet got a radio plugger.

It all fits, too: if you like your music with an epic overview and a melancholic undercurrent then Longfellow could well be Your New Favourite Band. Five heartbreakers-in-waiting they consist of Owen Lloyd (vocals), Tom Warhurst (drums), James Thomas (electric guitar), Isaac Shiman (bass) and Ali Hetherington (piano / synth). They lurk in South London and create a modest, authentic and soulful mixture of indie and pop, bolstered by fearless melodies and large choruses.