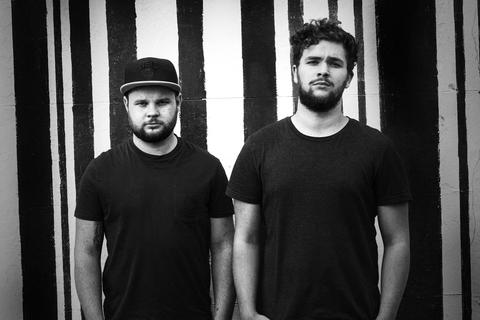 Earlier this year, Brighton duo Royal Blood made their first public musical statement - a 3 minute slice of thrilling, primal rock & roll called 'Figure It Out' that appeared unannounced on the band's Soundcloud page but was soon picking up serious plaudits.

Now Royal Blood are pleased to announce details of their debut single. Available on 7" and download, the self-produced 'Out Of The Black' will be released on 11th November on Black Mammoth Records. It’s a single that wrings the maximum amount of noise, aggression and pure youthful exuberance out of the most minimal of ingredients, featuring nothing more than Mike Kerr's vocals and bass and Ben Thatcher's drums.

You can hear ‘Out Of The Black’ right now: https://soundcloud.com/royalbloodband/out-of-the-black