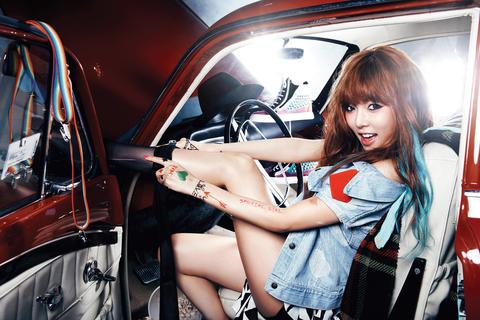 Making her mark with “Change” in 2010, followed by a YouTube sensation “Bubble Pop!”, and sweeping the K-POP scene with “Trouble Maker”, the project group with Hyunseung Jang from BEAST, HyunA became the issue instigator of K-POP.

With Psy’s hit “Gangnam Style” and her third single "Ice Cream" receiving massive attention on YouTube, she proved her talent to the world