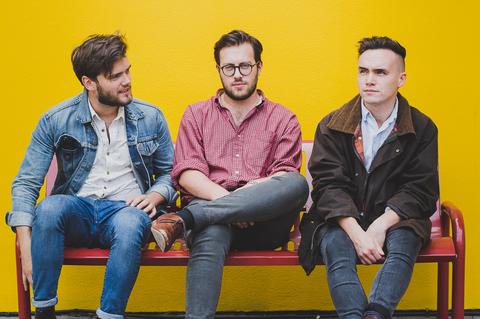 Formed in 2013 Prides is made up of singer and keyboardist Stewart Brock, guitarist Callum Wiseman, and drummer Lewis Gardiner, also the band's producer. Signed to Island Records this Glasgow based band burst on to the internet with Out Of The Blue. The track was quickly picked up by online blogs including The Line of Best Fit, Neon Gold and Pigeons and Planes, the band announced their first shows and the song took up residency in the Hype Machine’s Top 5. After a summer of playing festivals, from Loopallu to Reading and Leeds, CMJ Music Marathon in New York, and finding themselves playlisted on BBC Radio 1, Prides are now back in the studio recording an EP.