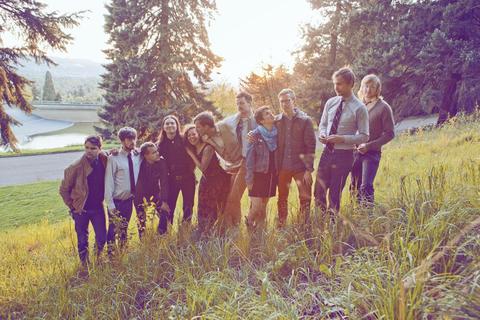 I don't remember much, but I remember this one thing with clarity.

I was in the backyard looking up at my father; he was bent over raking leaves, explaining to me over his shoulder what it meant to be a good man--to keep your word and do the work you set out to do. I was a child then and the words were a mystery, having little conception of what kind of man I would be, what sort of work I would do or how I would set about doing it. A few years later, as all my friends were entering adolescence, I got sick. Mine was puberty with a vengeance.

In my last letter I made mention of my illness. Since then I have been asked about it often and feel I should elaborate on its significance. The illness itself offers a tempting narrative hook, but while it is romantic to dwell on the individual suffering, what matters is the universal implication: Once on the other side one finds that there are no sides, that there exists no great partition between sickness and health, only various stages of dying and various ways of surviving that death.

This discovery had on me the effect of leveling all logical binaries to be replaced by ambivalence--not only could I not tell the difference between sickness and heath, but had further difficulty telling friends from enemies, progress from regress, love from resentment, sometimes even women from men. I realized that if I were to accomplish anything it would be to recover some kind of meaning in what my friend Zach Schomburg called the Wild Meaninglessness. You can consider it one very bewildered man's attempt to explain the universe, to himself, in the language of bewilderment.

I had a lot of help. Without my friends in typhoon this music would have never reached your ears. It is thanks to them that these songs are songs and not just a bunch of quasi-apocalyptic ramblings. We recorded them on a farm in Happy Valley, OR while we lived there for a short, utopian six weeks in the spring and summer of 2012. The record is a collection of seminal life moments, in more or less chronological order, glimpsed backwards in the pale light of certain death, brought to life by a remarkable group of people who hold as I do that the work is somehow important.

When we started working on White Lighter, I had reason to believe that it would be the last thing I ever did.
It is now six months since we finished. I'm still here and there's still work to be done.