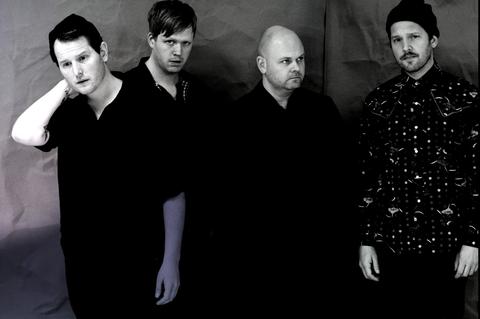 The Mary Onettes' self-titled debut album was released April 25 2007 in Sweden and was soon followed by a full European release. The album got well-deserved, amazing reviews everywhere and the release was followed by extensive touring around Europe and USA.
Since the band debuted on Labrador their international buzz has been growing steadily. Pitchfork put “Lost” on Repeat and the TV series Grey's Anatomy has used both “Explosions” and “Lost” in their episodes.
The band released their sophomore effort “Islands” in November 2009 and it got rave reviews. The songs, which are their best lyrically so far, are about love, death, frailness and the end of youth, and breathes of heartbreaking sentimentality and desperate hope.
Popmatters puts them on their best indie of 2009 list and writes: “There’s a magical mystery that’s impossible to ignore. Grandiose yet never overbearing, The Mary Onettes have achieved a sonic mastery that grows with every spin of Islands.”
In 2013 The Mary Onettes released their third album "Hit The Waves" and have been touring extensively in Europe and China.

"True to its name, the song sounds dark but buoyant, riding an easy bounce that sounds almost balearic despite the apparent and luxurious malaise that consumes the tune."
-PITCHFORK