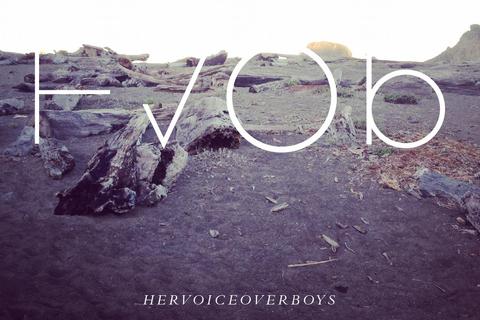 It's the culmination of what has been a roller coaster debut year: the debut album by the Vienna duo HVOB is a lesson in how versatile, intelligent and creative electronic music can be.

HVOB have been a hit with the most influential European music blogs and with the public: acclaimed appearances at the likes of Germany’s MELT! Festival, number 2 in the Beatport Deep House charts with their debut EP "Dogs", number 10 in the Top Live Acts of the Year in DE:BUG‘s readers' poll. At the end of 2012, leading Lebanese fashion designer Elie Saab used HVOB's music for the soundtrack of his collection video.

HVOB stands for "Her Voice over Boys", which perfectly describes the idea behind the project: HVOB is synonymous with intelligent, emotive and melodic, sophisticated electronic music.
"An enchanting female voice combined with meditative beats" said the "Berliner Zeitung" on the German debut of HVOB. Oliver Koletzki, who has been one of the leading figures on the European electronic and house music scenes for many years, talks of "a eureka moment the first time you hear it, something which happens only once in a blue moon. HVOB are unique, timeless."

Behind the sound of HVOB is Anna Müller: the 25-year-old from Vienna composes, produces and provides the vocals. Final production of the tracks is done in collaboration with Paul Wallner in his studio. HVOB essentially perform live on stage, together with a drummer.