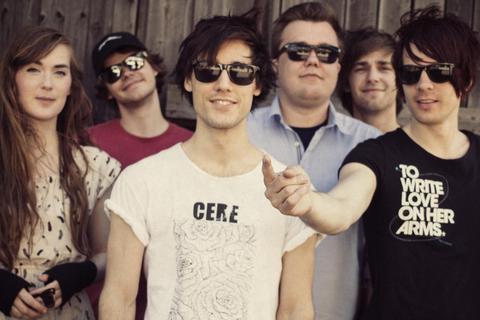 Young six-piece indiepopband from Elverum, a small city in the the deep Norwegian woods, not far away from Lillehammer and Oslo. Team Me was formed in January 2010 and have since then gotten attention all over the world for their warm and rich orchestrated indie pop music. Their debut album "To The Treetops!" won the Norwegian Grammy for best Norwegian pop album in 2011, and the Independent Music Awards in 2012 for “best alternative rock album”.

Radio stations all across the world have picked up on the bands music and Team Me have spent their last two years on the road, playing more than 250 shows all across the world, in cities as New York, Los Angeles, Tokyo, London, Berlin, Paris, Reykjavik, Amsterdam and many, many more. Team Me are currently working on their second album which will be released in mid 2014.