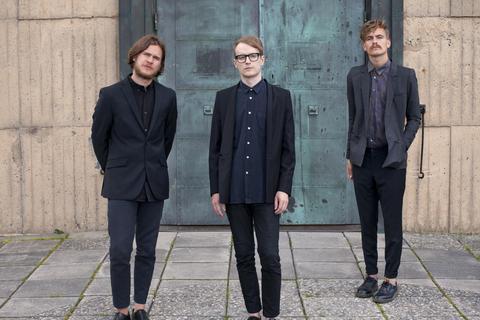 Simian Ghost is an alternative pop act from Sandviken/Gävle, Sweden, consisting of Sebastian Arnström, Erik Klinga and Mathias Zachrisson. It was initiated as a recording project by Sebastian Arnström. He released one full-length album, Infinite Traffic Everywhere, which was received with blog praise and excellent reviews. It topped the critics chart in Sweden and was voted record of the year by the readers at Dagensskiva.se. Six months after the release of said record he released a 7 song EP called Lovelorn.
Since their 2011 debut hey have already shared stages with among others Mount Kimbie, SBTRKT, Niki & The Dove and Active Child.
Simian Ghost released their second full length album written by all three members of the band; Youth in early 2012 and it was met once again with great reviews. As the first Swedish act since ABBA they got a lead review in The Times and The Guardian has called it "an early contender for the album of the year".
In 2012 the band first visited the UK for several live dates also included a live session with Lauren Laverne on BBC Radio 2 and also on Lauren's show on BBC6Music with Nemone sitting in.
In May 2012, the band played the Camden Crawl Festival appearing at Electric Ballroom and also at The Great Escape Festival in Brighton. The band's first major tour of the UK was in June 2012 as part of the first The Line Of Best Fit tour.
The new upcoming album "The Veil" is slated for release in April 2014.