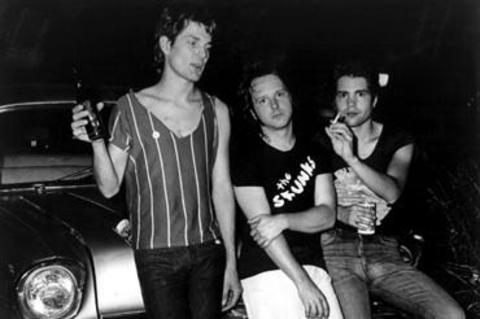 The Skunks, of Austin, Texas, formed in late 1978 with Jesse Sublett (bass & vocals), Eddie Munoz (guitar & vocals), Bill Blackmon (drums). Young but seasoned and aggressively cool, the trio played their first gig with The Violators (Carla Olson, Kathy Valentine, Marilyn Dean and, again, Jesse Sublett) at Raul's Club in Austin, Feb. 12, 1978. It was ground zero for the punk /new wave /new music scene in Austin. Eddie left for the Plimsouls in '79 and with Jon Dee Graham taking over on guitar, the Skunks continued to blaze the trail for Austin becoming Live Music Capital of the World. This coming March 2014, this one-time only reunion of the 1978 Skunks will recreate that first gig at Raul's, 36 years later.