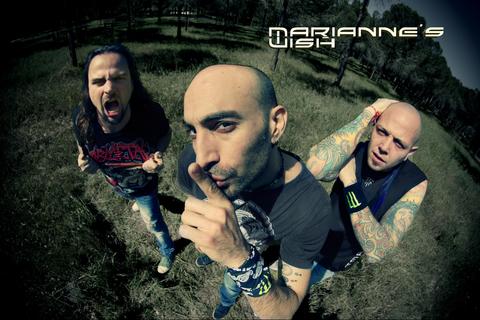 Marianne's Wish is an alternative/experimental/rock band that was formed in 2011.

The band is the result of a long standing collaboration between George Solonos, guitarist/producer, and Chris J, drummer.

The duo are not strangers to success, both on a national as well as an international level. Their efforts landed them the honor of participation in four tracks of Tommy Lee’s “Methods of Mayhem”.

Following this success, they teamed up with talented frontman Francois Micheletto and bassist Taf.

The result of this formation was the band’s debut album, “Add To Wishlist”, that was released in 2012. The band's second album titled “Mind Your Head”, is scheduled to be released in early 2014.

It is worth noting that in 2013, Marianne’s Wish won the national "Hard Rock Café battle of the bands" and later landed 8th place out of 10.000 competing bands internationally.

The band is invited to perform at the South by Soutwest festival in Austin Texas in March 2014 as a showcasing artist, accompanied by additional musicians Antonis Loizides (bass) and Constantinos Amerikanos (guitar).