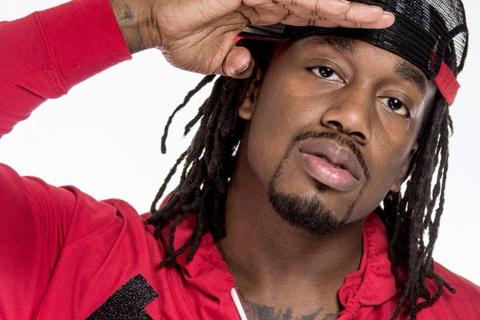 Chicago Artists exploding onto the scene after years of blossoming in
where they have been rooted their entire lives is far from a new
concept. In the perfect environment for artists to develop their own
niche and sense of swagger, StuntTaylor has done just that, developing
the West Side of Chicago became musically intrigued at a young age
StuntTaylor began rapping at the age 15, over the years becoming a
voice of the West Side speaking for a younger generation. He is
a sound of music that can simply be described as different and

StuntTaylor has had the opportunity to perform at many Chicago venues
distinctive.
Kyle Taylor, better known as “StuntTaylor” hailing from
and looks to continue performing at Chicago's major venues while
releasing the 3 hot singles “FeFe On the Block”,"1Nite" and “Hate On
Side dance sensation known as “boppin”.
Get in tune with StuntTaylor
drilling his way into Chicago’s Music with catchy hooks and his smooth
from growing up watching his cousin’s rap along with being immersed in
Me” from his new mixtape “Stuntin is a Habit”, StuntTaylor explains
making the steady climb to the top of his profession/
Recently
individual, getting money. The songs and videos also introduce a West
the sounds of Hip-Hop moguls, Biggie smalls as well as Young Jeezy.
delivery which continuously sets him apart from all the rest.
what this younger generation is all about, the goal of every working
and his Movement with Dough Street Entertainment.
West Side wonder ever and not looking back ever since. He is the new