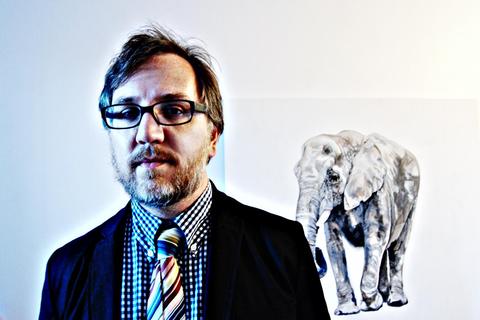 Mills'] hidden elegance lies in the twist of lovesick metaphor, the wistful chord, the revisionist take on the slamming door. – NME

“My bass player Ryan and I had been stumbling through Europe playing a lot of out-of-the-way places,” says Mills. “One night, in a remote town three hours south of Oslo, we heard music coming from this tiny bar. The band was good, but what struck me most was this lanky piano and lap steel player in the corner. He was amazing.”

After Mills approached the pianist and introduced himself, he was surprised to learn that he was talking with Knutsen – a Norwegian producer, songwriter and session ace as well as the country’s foremost Chris Mills aficionado. The musician had been following Mills’ career since the American troubadour rose to prominence in late 90′s Chicago, collaborating with Mekons Jon Langford and Sally Timms, and sharing bills with Steve Earle, Wilco, Neko Case and My Morning Jacket among others. Knutsen was just as shocked to run into Mills – one of his own musical touchstones – wandering the Scandinavian countryside.

A musical partnership quickly took root. Upon his return home to Brooklyn, NY, Mills began collaborating with Knutsen across the Atlantic — sending demos back and forth, and working together whenever they happened to be on the same soil.

“Christer’s got a better handle on a lot of what I’ve done than even I do,” Mills notes. “He knew when I was doing something out of habit, or missing something that was key from my earlier records. He pushed me to try new things, but because he is so well-versed in the context of my earlier material, it always felt like progression and refinement.”

Recorded in Chicago, New York and Oslo – and mixed by Grammy-winning engineer Ryan Freeland (Ray LeMontagne, Joe Henry, Aimee Mann) – Alexandria lets that sense of refinement shine on songs like “Castaways”, “Helpless Bells” and the driving title track. Often reflecting the cold, dark landscape of its inception – while consistently showcasing the narrative romanticism that has long been Chris Mills’ calling card – Alexandria is his most honest and haunting effort to date.