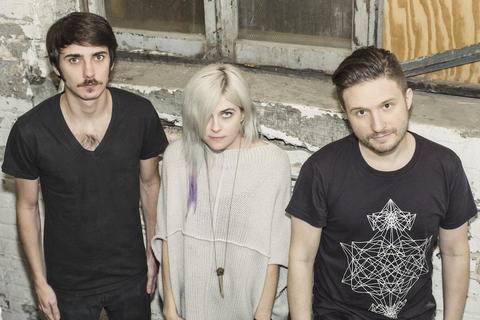 Fusing goth pop drama and garage rock energy, Chicago's My Gold Mask features vocalist/percussionist Gretta Rochelle and guitarist Jack Armondo. Rochelle, who was born in Louisiana and cites Hindi films and riot grrrl among her influences, met the Brooklyn-born, Los Angeles-raised Armondo at a party, and the couple formed My Gold Mask in 2008. Rochelle learned to play the drums and the pair began writing songs that combined her inspirations with Armondo's (which included surf rock and synth pop). They released their self-titled debut album in 2009, along with a pair of EPs, A Thousand Voices and A Million Miles (From Where We Were Last), in 2010. The duo became a trio with the addition of drummer James Andrew, which allowed Rochelle to focus on her vocals and to add more electronic elements to the band's sound. The band's second album, Leave Me Midnight, arrived early in 2013. - AllMusic