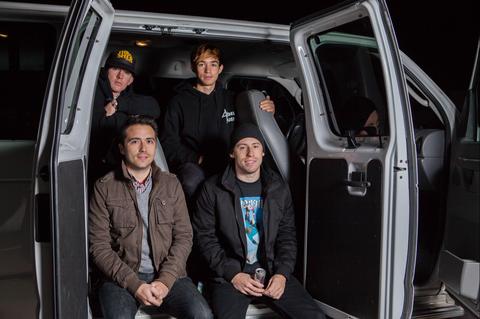 Diamond Youth brings quite the diverse resumé to the table. Claiming Baltimore as their home,members of Diamond Youth are spread across Chicago as well, creating an obstacle in terms ofactually practicing as a band. However, using tools of the trade such as 3­way iChat, garage band,and voice note files, Diamond Youth has released 2 EP's in their short tenure since the summer of2010 and are set to release their third EP, Orange, on January 22nd, 2013. Despite the varying musical tastes of each member in Diamond Youth, they all share a verycommon back catalogue of bands who have inspired and defined their developing years asbudding artists. From Weezer to Foo Fighters, Queens of the Stone Age, and all the way back tothe Beach Boys, the influence these bands had on Diamond Youth is ever­apparent in the musicthey write. When it comes to what Diamond Youth has to offer, what you see is what you get; what you get isoften times more than you can handle. With a rigorous background in art, design, andskateboarding, the boys of Diamond Youth are known for their ability to create and produce all oftheir own artwork, merchandise, web sites and videos. From silkscreen printing their own t­shirts,directing and editing their own music videos, to designing their own album art, Diamond Youth is aband that has a tight grip on their career and firmly believe in the DIY mentality which allows themto do all of this, and still give away their music for free.On the upcoming release, guitarist Sam Trapkin says, “Putting out a new record is kind of likeraising a kid and then sending it to school for the first time. Like, you think you did a good jobraising it, and you have this really intimate relationship, then all the sudden they're out in the worldmeeting new people. And you know your kid doesn't stink but they're kind of different than the restand you're really proud but what if everyone else hates them and think they suck? You know?”