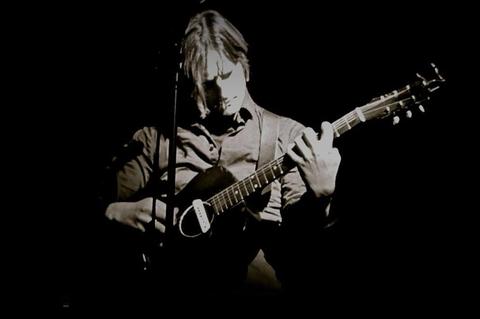 Lyenn is a remarkable vocal talent. He produces melodious sounds, ranging from angelic, soft whispers to piercing, tortured screams. His vocals penetrate deep layers of emotion and create an intense, chilling experience for his audience. Lyenn’s music grazes the soul, using a wide variety of instruments sparingly and soberly.

As an accomplished live artist, Lyenn has toured extensively, in Europe and beyond, performing solo, in his varied bands, and accompanying Mark Lanegan as bass player. He has recorded with such exceptional musicians as Marc Ribot, Shahzad Ismaily, Ches Smith, Doug Wieselman, Joel Hamilton, Jolie Holland and Sam Amidon.

With “The Jollity of my Boon Companion,” Lyenn released a brilliant debut album at the end of 2009, on which ten breathtaking tracks plunge the listener into a tension filled rewarding journey.
“Vowels Fade First” was released in 2011. Its five tracks are calmer compared to earlier work, but still possess the same underlying intensity that Lyenn is known for. His music reveals rather well the contradictory nature of his alluring and elusive personality.

In every form, experiencing Lyenn’s music is an intimate encounter.

Lyenn is currently working on a new album and will continue touring with Mark Lanegan throughout the year.