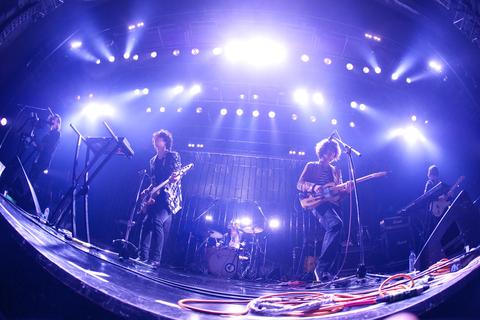 2013 has been a big year for the group, as they expanded their activities by appearing at various music events. Not only were they chosen to perform at SUMMER SONIC 2013, one of the major rock festivals held in Japan each summer, but they also played together with the British group PALMA VIOLETS in a joint concert in Tokyo. Their year was highlighted when they performed as the opening act for THE FLAMING LIPS where they garnered high praise from music industry attendants. Still at an average age of 20, [HAPPY] is slowly beginning to cause a buzz within Japan's music world.