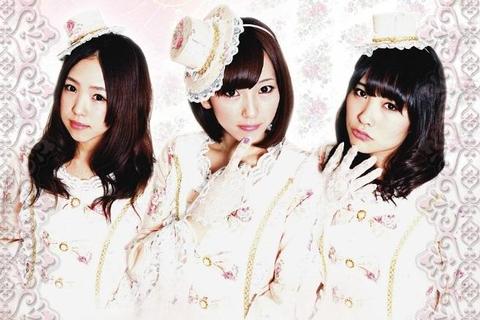 ●Starmarie is the Japanese fantasy girls group made of Nozomi KISHITA, Shino TAKAMORI, and Shiori AOKI by SHIKISAI RECORDS in 2008. They made their debut at Shibuya o-west in 2008.
In 2011, the group released their first major single, “Tears in Bakery”.
Starmarie performed 1000 times all over Japan in 5 years (the performance 200 times per a year)

Starmarie have started overseas advance in 2012.
●Their newspaper was distributed to California (50,000 publication).
●Their music video would be on the air in TV station based in Los Angeles.
(it covers the 16 million population of Southern California.)
●They appeared on “ANA-360°JAPAN ” website (which introduces the world to the coolest Japanese culture)
made by All Nippon Airways (ANA, Japan's largest airline) as of Japanese pop idol.
●On July 4th, 2013, Starmarie performed for the first time at Anime Expo 2013 in Los Angeles.
(500 seats sold out in 15minutes)
●On September 14th and 15th, 2013, the group performed for the first time at Best of Anime 2013 in Manila, Philippines.
(1000 over people came to the event)
●They’re planning to perform in China, Jakarta, Singapore and Malaysia.

The Japanese three girls will continue to forge ahead and to get more and more fans in the United States in 2014.