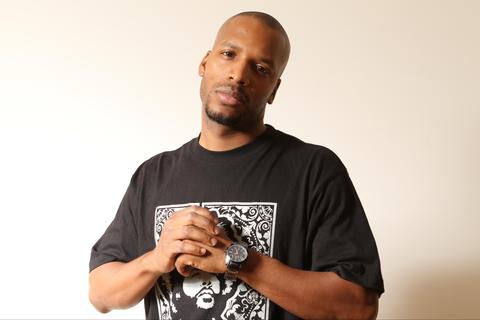 Hailing from Houston Texas, Cory Mo has emerged as one of the south’s brightest stars due to his passion for music and indelible work ethic. Whether traveling around the world as on tour with Bun B, chopping it up on songs with Talib Kweli or producing and engineering for some of the biggest names in hip hop, Cory Mo is right at home. What he brought to the table for other artists was vital; now it is time for him to make his own mark.

Cory Mo began his career as a gifted MC, but by 1999 he had a strong buzz on the Houston hip hop scene as a lyricist and a producer. He decided to produce his own music rather than waiting for others or paying for tracks that were manifestations of someone else’s vision. It was a recording session with the late Pimp C from the legendary group UGK that sent Cory’s career on a different trajectory.

“I met Pimp thru my older brother, Mike Mo. Back in 1994 my brother was in college in Beaumont at Lamar University, which is about ten minutes from Port Arthur, where Pimp and Bun are from. My brother was pretty popular on campus, he bought Pimp C’s Cadillac from him and they became good friends. So once Pimp comes to Houston my brother is like “my brother does beats, you should come by the studio.” First day I met him, we made a song. Since then we clicked, and he became a mentor/big brother type of dude.”

This new connection to one of southern hip hop’s biggest influences inspired Mike and Cory Mo to open up a state of the art recording studio in Houston. They called it M.A.D. Studios and it became the home studio for UGK and many other Houston acts. It is at M.A.D. Studios, which the brothers relocated to Atlanta in 2009, that Cory Mo has engineered, produced and recorded with artists such as Mya, Rick Ross, David Banner, Lil Wayne, Too Short, Erykah Badu and many more. In 2007 Cory Mo received his first platinum plaque for producing on UGK’s million selling album Underground Kingz. Not one to rest on his laurels, from 2002 to 2012 Cory Mo also released eleven mixtapes with prominent djs such as DJ Wally Sparks, DJ Envy and DJ Smallz. Amongst southern hip hop circles Cory Mo’s hustle is legendary.