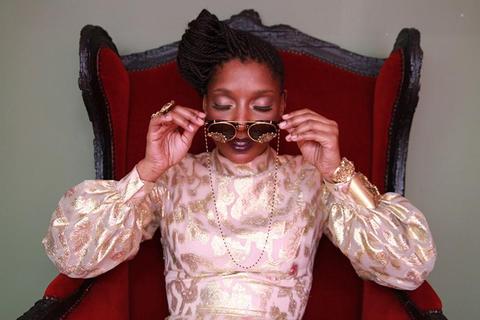 "I DIDN'T DREAM ABOUT BEING A SINGER. I JUST WAS A SINGER." - RES

It is rare when a voice as powerful as RES comes around. Born Shareese Ballard in Philadelphia, RES has become an iconic example of the artist that defies classification.RES only belongs to one genre; her own. Her travels around the world as a solo artist, along with her participation in the super group, Idle Warship with Talib Kweli, have solidified her as a creative force to be reckoned with.

RES' solo debut album How I Do remains a cult classic. Her follow up entitled Black Girls Rock was released completely independent and showcases RES as an artist finding her own voice. Now she is back with Refried Mac, a collection of Fleetwood Mac songs reinvented by RES and producer Tom Spiker. Refried Mac gives RES a platform of familiar songs to showcase her amazing voice. It is an artistic triumph that is sure to whet the appetite for the main course, the next original album from a beautiful, brilliant, original artist.