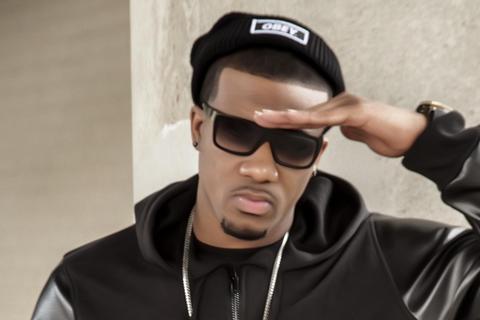 Listen to Got a Problem

The beauty of energetic MC from Hiram Clarke, TX is the internal passion and honesty in his music, which brims to the top with every hook, verse, and performance. Music has always been an ingredient of Chris “Propain” Dudley. In retrospect Propain believes that much of what has transpired in his career was due to being blessed, and partly lucky. DJ Don and Propain are childhood friends, who have been making music since they were in middle school.
The duo separated a bit while Propain’s family relocated to Longview,
Texas, but returned to making music when Propain return to Houston
and began attending college at Lamar University.

No one really knew Chris the basketball player, could rap. So one day
free-styling in the lunchroom with one of the better known rappers
in his high school in Longview, Texas, it clicked for the young rapper. He
had left his passion for music and focused it on basketball. The love received from the student body sent him back to the days of rapping with a karaoke machine and his best friend, DJ Don. The next affirmation came in the form
of the greatest rapper of all time, Scarface. During his sophomore year in college Propain happened to be at a video shoot where he was lucky enough
to garner a freestyle in front of the hip hop legend. Propain caught Scarface vibing to his impromptu lyrical expression, and suddenly knew he was able.
The defining moment that set the course for the rappers career was a
call to perform at the “Houston For Haiti” concert, by none other
than Uncle Bun. With verification from Bun B and Scarface,
what else did Pro need to chart the course for the rest of his rap career?

Where he’s at now is a testament to his hard work, and having a team in place, says Propain. Support from Houston hip hop legends, the city’s only hip hop radio station, and his family (fans); has propelled the MC formerly known as
Lil C into stardom. Propain is among the new breed of Houston artist who
grew up in era of lyrical hip hop. The rapper draws influences from Jay-Z, Nas, and Andre 3000. This is evident in his belief that “Smiling Face,” is the song that launched him from aspiring rapper to Houston MC. Propain describes his message as “thinker music,” which is comparable to his musical influences. “The intellect in the music is something you can take hold of…you’re thinking while listening to it, it puts you in deep thought,”says Propain.

Propain’s next album is, “Ridin Slab”. “Ridin Slab,” is a euphemism for doing things the right way and anything positive someone has going on, explains Propain. Production will be done by mostly by DJ Don and GL Production carrying the rest of the new album. Featured artist on “Ridin Slab,” are
Lil Keke, Slim Thug, and Doughbeezy. There is no denying Propain’s
legitimacy, drive, and enthusiasm. He is one of the pioneers of the next
wave of dynamic hip hop artist emerging in our city. He’s still Chris, and Lil C
is a small part of Propain, but undoubtedly, he is a MC primed to shift
the hip hop landscape.