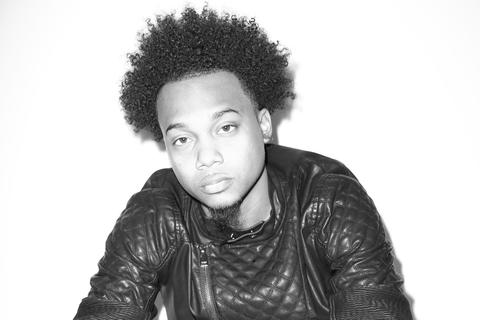 Although Que is a newcomer to the music scene, after his street single “Young N*gga” featuring Migos went viral in 2013, so did his name, likeness and status. The melodic-driven track served as the perfect backdrop to showcase the 22 year-old’s unique finesse on the mic. The single, produced by friend and Grammy Nominated producer Sonny Digital, was featured on the now classic mixtape Forbes Atlanta, which have had the pair busy trying to keep up with the demand of Que’s cult-like following. After releasing a string of increasingly popular follow-up tracks such as “O’Neal” and “OG Bobby Johnson”, the Atlanta transplant by way of Kansas City, KS garnered the attention of the industry, which included Atlantic Records who signed him to a label deal.
Que grew up in the entertainment industry. His aunt was an executive at LaFace Records in the Artist Development department during its heyday in the late 90’s, which has given the former basketball star a huge advantage. He has successfully mastered the art of packaging his life experiences and lifestyle into catchy yet relatable music that has resonated with a new generation ranging from hipsters to thugs.
Instead of going the conventional route of servicing his music, Que and his team chose the old-school grassroots method of marketing by developing and nurturing personal relationships. They went to clubs and shook hands with each DJ, building the brand from the bottom up. It’s that hands-on approach that has opened up a floodgate of opportunities for Que including performances along artists such as Young Jeezy, Wiz Khalifa and Juvenile, shows at Mansion in Miami and 2 Chainz annual Street Execs Christmas Concert and a consistent digital presence on urban sites like Fader and XXL.
In between his hectic travel and work schedule, Que has found the time to add to his budding resume. Those accomplishments include writing credits for Ludacris’ upcoming album Ludaversal (“Nine Times Outta Ten” produced by Metro Boomin), collaborations with French Montana, Juicy J, Ali of Travis Porter and MMG’s Tracy T. In addition to that, Que’s debut mixtape Who Is Que is slated for release in March 2014.
Hard work is key when it comes to bringing one’s dreams into reality and Que is the poster child for perseverance. Some may call it beginners luck but when you possess the heart, skill and faith that Que has, luck is just another term for preparation that has collided with opportunity.