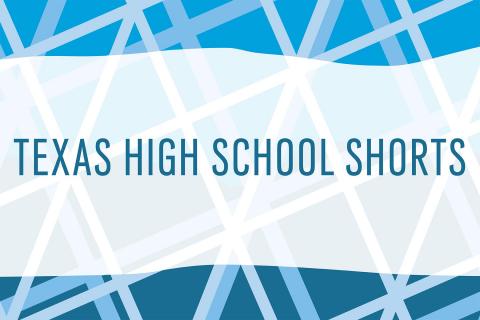 Two young men pursue the same girl and try to find a way to her heart. They make a bet to find a way to get her to go out with either of them, without speaking to her. What they find, is a creative way to leave messages to her, but she never sees them. The result, is that in the process of competing for the same girl, another guy comes in and does what they should have done in the first place; just talk to her face to face.

As We Get Older

The story of Jack, a typical teen-age boy, left alone for a week-end in his empty house. His parents leave him cash and a note telling them they will miss him. As he looks at the cash, he sees weed. After he gets high on pot. He goes to a party. The party is one of lost teens drinking to excess. Like Fitzgerald's generation,these are aching souls seeking the company of their decadent friends, to escape boredom and loneliness. Jack represents a generation trying to escape the vacuous confused world they lead by partying to exccess and waking up to face nothing but loneliness.

Four teenagers are given the task to film a creative motion picture. With each one putting in their own personality, the feature film becomes an entity of love, comedy, action, and science fiction.

In "Evolution", hand drawn animations of animal swirl and morph from one form to another in conjunction with mouth made sound effects and experimental ambient vibes.

In "Genetika", local hero and philanthropist, Joshua Whitney attempts to piece together memory fragments to discover where he is and most importantly what he is supposed to be doing in his present reality.

Two students build a house out of paper in their classroom. As they slowly conform to a mock familial lifestyle, they experience love, they experience jealousy, and they experience despair. When a child is born in the form of a ragdoll, the boy is apprehensive at the girl's insane love for this baby. As the boy falls under this spell, the couple's relationship is shattered in a climatic fight. The couple separates, the house is divided.

Short Documentary about an 8 year old kid who loves to skate.

In the moments leading up to an important performance, a pianist named Harold is visited backstage by a former lover who bears news that could potentially cause his life to spiral out of control, and put his ability to perform in jeopardy.

"Homecoming: A Texas Tradition", is a mini-documentary that follows the week-long homecoming activities at Pasadena Memorial High School.

The ghost of a young girl, killed tragically by locomotive, haunts the railroad on which she died. A mysterious stranger encounters this ghost and reveals his unresolved ties with her.

A short film centered around a boy's struggle to move on after heartbreak. How will he be able to tackle obstacles and win over the love of his life?

The short stop motion film is about a boy who is constantly escaping his fears. Wether it be trapped in a fire, unable to swim, or unable to confront someone, the boy is either saved or escapes each obstacle. When trapped in a cage, hanging from the ceiling of a cave, a stalactite breaks off and frees the boy. The stop motion is based around the lyrics of Cages by Deas Vail. In the film, the boy is trapped in some sort of predicament. However, the boy soon falls into a whirling blur and into reality. Where he is just battling his fears in his slumber.

A man goes for a walk in the woods. As he sits by a river, it begins to rain. He is wandering through the forest trying to find his home when a pack of wolves encircle the lonesome wanderer. With all hopes of escape gone, help comes from above.

In "Seawolf," Alison experiences loneliness, joy and fear as she travels to different worlds through magical boxes. This film has been influenced by the works of artist Joseph Cornell.

"Cultivation" is a stopmotion short about young woman and the world that her written words create.

A couple looks to the majestic days of summer when the excitement of new love is best described by the color they bring to life; "Purple" performed by San Antonio based band "Islands and Tigers".

"Unicorn Council" is a stopmotion short about an evil man-eating cat and the space unicorns that work to save the day. The saviors of the universe have horns and attitudes.

"Beautiful" is the story of two lovers whose lives are forever altered by the events of WWII. Aiming to create an intense, tragic, and moving experience that showcases the most powerful bond: Love. "Beautiful" utilizes the underlying connection between two lovers through dramatic, isolated shots, an eerie desaturated color palette, and muted audio to display a powerful memory. War is tragic on all fronts; "Beautiful" is a reminder of this.

Katrina survivors, Ernest and Jacquelyn Lemot share their story and love for Austin.

A quiet morning in a normal neighborhood quickly takes a sharp bizarre turn into the world science fiction, A young man (Jonathan Munoz) quickly finds himself in a world completely "FROZEN" in time. Will he be able to escape this this new empty and quiet prison?

In a local diner, two friends meet to discuss relationship woes. After pouring out his heart, deception occurs when one friend learns that the other is dating his recent ex.